We can't all be Martha Stewart...

Take the ever-popular Vampire Donut.  Easy, simple, no cooking involved.  Should be an easy win and a super-cute breakfast for my daughter's Halloween sleepover.  Well, guess again. 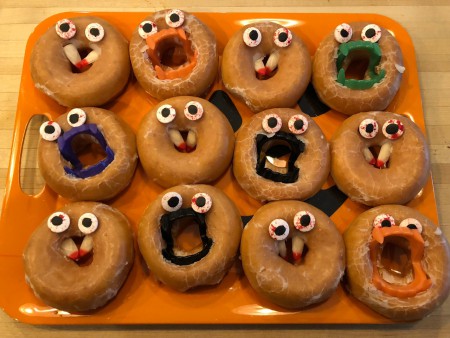 First, let's talk about the plastic vampire teeth.  They are way too big for the donut hole.  And I didn't consider this, but when you stretch a donut, the glaze cracks.  The Pinterest photos of uncracked vampire donuts are LIES.  All LIES!

So, okay, what about using candy corn for the fangs?  I even found "Vampire Teeth" candy corn, which is white with red tips.  Perfect, no?  NO.  Again, the donut holes are too small to get two candy corns to fit in AND be straight.  So we had Snaggletooth Vampire Donuts...and Crackhead Vampire Donuts.

Let's head outside to something that surely doesn't take much skill--setting out pumpkins and mums and crap.  Just put them together however it looks good to you, and you're pretty well set if you don't forget to water the mums.  (See this post for extra tips.)

It was all well and good until this sweet little thing decided to go ape sh*t... 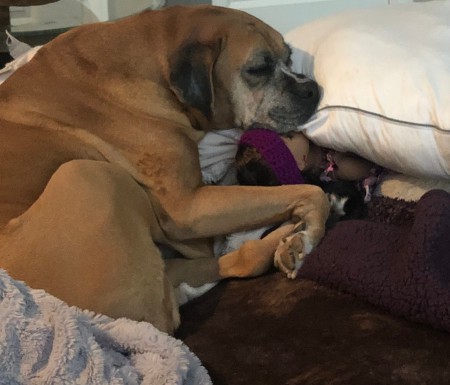 I'm still grieving over the loss of my wicked awesome creepy dolls.  Another item stored in an airtight bin with them was filled with water, and it broke sometime between last Halloween and now.  When we opened the bin this year, there was mold EVERYWHERE.  I had to pitch everything, tub and all.  These girls were among the casualties--they were unfortunately the only ones I really cared about.  I'm on the search for some replacements.

I guess I shouldn't feel too bad.  Fails happen to everyone, even the "professionals."  Take these two signs I found a couple of years ago at Dollar General...

I wish you a FAIL-free Halloween!