I'm excited to be the first stop on

My pick for "doing it right" is ABC's Revenge.

It's this generation's Dynasty! 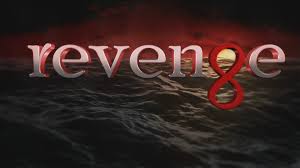 For TV Done Right, I always have to look no further than Revenge.  It’s the one show I watch IMMEDIATELY, without fail, once it’s DVR’d.  (I hate commercials.)  I think the show works especially well because the main character—well, heck, ALL of the characters are fatally flawed in some way.  NO ONE is a goody-two-shoes, and everyone has their price.  The general plot of Revenge is based on the classic novel The Count of Monte Cristo, by Alexandre Dumas, which is cool because most successful book-to-screen stories these days seem to center around vampires or angsty teens.

But back to the main character, Emily Thorne/Amanda Clarke.  Can we say “Daddy issues”?  Emily has made it her mission in life to exact “Revenge” on every single person who had even the slightest hand in setting her dear old dad up to take the fall for the bombing of Flight 197. 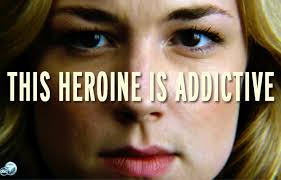 Emily is so tragic, and at the same time, so incredibly likeable, that you just have to root for her, even when she’s ruining people’s lives, relationships, businesses, financial statuses, and reputations left and right.  Emily VanCamp’s a great actress (I was so excited to see her in the newest Captain America movie!), and I love watching the episodes where she unravels, only to pull herself up and vow to work even harder to complete her dastardly plans.

Every angry woman needs an archnemesis.  Enter Victoria Grayson, queen of the Hamptons, matriarch of the Grayson family, villainess extraordinaire.  She is one baaaaad mama jama.  And who doesn’t love Madeline Stowe? 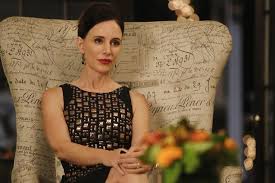 Queen Vicky's throne caused quite a stir in the furniture industry.  I've seen copies of this chair in every furniture store I've been to in the last two years.

When Emily sinks her claws into Victoria’s son, Daniel, Mama Grayson is not having it.  Victoria is smart and cunning, and she’s the one person who has been able to see through Emily from the start.  However, it’s taken her until the end of Season 3 to figure out Emily is actually Amanda Clarke.  Too bad Emily had Victoria locked up in a mental institution before she could tell anyone.  Too bad Emily didn’t lock Victoria up before she had the chance to kill Emily’s boyfriend, Aiden.

The leads are important, but every character on the show is fascinating in his or her own way.  Jack is the resident “good guy” (and Emily’s ultimate love interest), but we’ve seen on more than one occasion that he will bend the law to help out his friends. 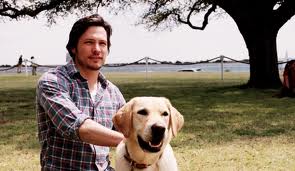 The rest of the Grayson family:  Conrad, Daniel, and Charlotte, are all nuts/ruthless/tragic/loveable.

This shot is obviously a promo joke, but it's so against character, I had to put it in here.

Heck, sometimes I find myself rooting for Conrad, even though he’s the one responsible for Flight 197!  Which brings up my next point… 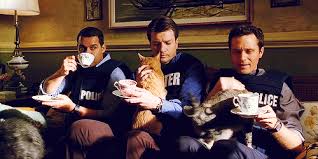 Break up this three-way bromance?  I don't think so.

Sorry, back to Revenge…  Anyway, on Revenge, it seems like no one is safe (except for Emily and Victoria, I suppose, because they’re the two the show cannot survive without, but I’ll bet at least one of them eats it during the series finale).  Sure, they’ve killed minor (yet important) characters left and right—Carl (Jack and Declan’s dad), Frank (the Graysons’ head of security), Padma (Nolan’s GF), Takeda (Emily and Aiden’s sensei), and Pascal (Victoria’s latest love interest), among countless others.  Those guys were cannon fodder anyway—their sole reason for being was to die so that the main characters could suffer a little more.  But then the writers decided to kill pivotal characters—some we’d never in a million years see coming.  They killed Amanda Clarke (“Fauxmanda”, who Emily traded identities with) on her honeymoon, and she died in her BFF Emily’s arms.  Heartwrenching.

And then Declan?  He was just a kid!  Heartbreaking.  How much more can poor Jack take?  Well, the writers had one more screw to twist on him—they killed his dog.  So sad.

And then, they really upset me.  They killed Aiden.  And not in some daring action sequence—Victoria poisoned him, rendering him paralyzed, and then she smothered the life out of him.  Holy crap.  Victoria doing her own dirty work?  Epic.

But did they give us time to grieve over Aiden?  Nooooo!  They busted Conrad out of prison, only to be shanked and left in a puddle of his own blood in the middle of nowhere by…dun, dun, duuuuuuh…Emily’s dead father, David Clarke!  No freaking way! 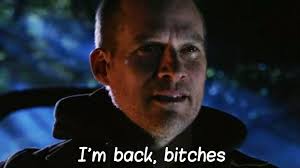 (I will say, however, that I don’t believe that Conrad is actually dead.  We didn’t *see* him die, so I’m holding out hope that he’ll be back.)

Whew!  With Season 4 set to premier on September 28th, I’m ready for anything.  And I don’t expect to be disappointed.