Homepage > Reality vs. The Hype

Reality vs. The Hype

I could have gone a lot of ways with this blog post about reality vs. the hype, but a movie I watched the other day got me right in the feels and I haven't been able to stop thinking about it since.

So not that I really have time to watch movies these days (I became a partner in a coffeehouse, which opened a new location 3 weeks ago, so I haven't been home much!), but I've lately developed an appreciation for the overly-hyped segment of the entertainment industry that is independent films. 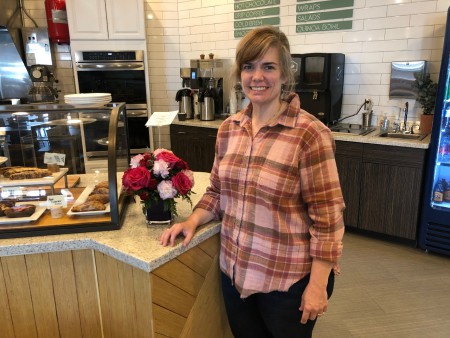 The reality (also known as "what I learned once I gave it a chance"):  Most indie films ARE made for people who like entertainment that also makes them pause and think about life stuff.  On the whole, they can be very intellectual.  And yes, independent filmmakers often have an agenda they want to push on people.  But don't (and shouldn't!) all good stories have a moral to drive home?

Case in point: THE LOBSTER.

It's a dystopian mindf*ck of a movie from 2015 starring Colin Farrell and Rachel Weisz.  The gist of it is that single people have 45 days to find a suitable mate or be transformed into an animal of their choosing.  Crazy, right?  Yes, the premise is totally bananas.  But the movie is so stinking well done that you start to feel all kinds of things, including for two hours believing that this messed up society is a real one, and living these characters' heartbreaking lives with them.  You're pretty much straight-up uncomfortable for the whole movie.  From showing way too much of a dead dog to showing someone hold a sharp object way too close to his eyeball, it's just offputting.  But in the best way.  It was like a book you couldn't put down.  And when it ended, it was something my husband, son, and I talked about at length.  Definitely more of a conversation starter than yet another superhero movie.  (Not that I don't love a good superhero movie, but let's face it, those are nothing but hype.)

Interested (or confused?) yet?  Here are some more independent films to consider that will make you cringe hard.

Hereditary (yikes, this one was hard to watch, and it did take a bit of an odd turn I wasn't prepared for)

The Babadook (more sad than scary, but a-maz-ing)

Suburbicon (not really sure that it's actually independent, but it watches like an independent film--only with a big studio budget.  Probably the best movie I've seen in years.)

If you're not careful, these films might make you think, plus spark a long and interesting conversation with your fellow movie watchers.  And let's face it, we could all use a lot more conversation in our lives and a lot less mindless droning on our phones.  (See what I did there?  AGENDA.)

And go back and read Morgan Cain's post: https://fictionaryblog.blogspot.com/