Thanks to Deborah Nam-Krane for inviting me to be a part of her Soap Opera Blog Hop!  I discovered soaps in college and devoted many hours to them when I should have been studying.  They taught me a lot about life and love (by bad example, mostly), but I didn't realize what they'd taught me about writing until I sat down and thought about it!  Thanks, Deb!

What have I learned about writing from soap operas?  Simply this—no character is safe from heartache…or death.  Today I’m going to look at soaps, both daytime and primetime (possibly stretching the standard definition of “soap opera” on one of my examples), examining murder and emotional anguish—every mystery authors’ favorite things.

I have a little trouble following the “no character is safe” rule entirely, because when I write, I generally use first person, making it pretty well impossible to kill the narrator.  That said, I have maimed my narrators and broken their hearts many times over.  I’ve learned that it’s okay to create a central character just to kill them, for the sole purpose of blindsighting your audience. 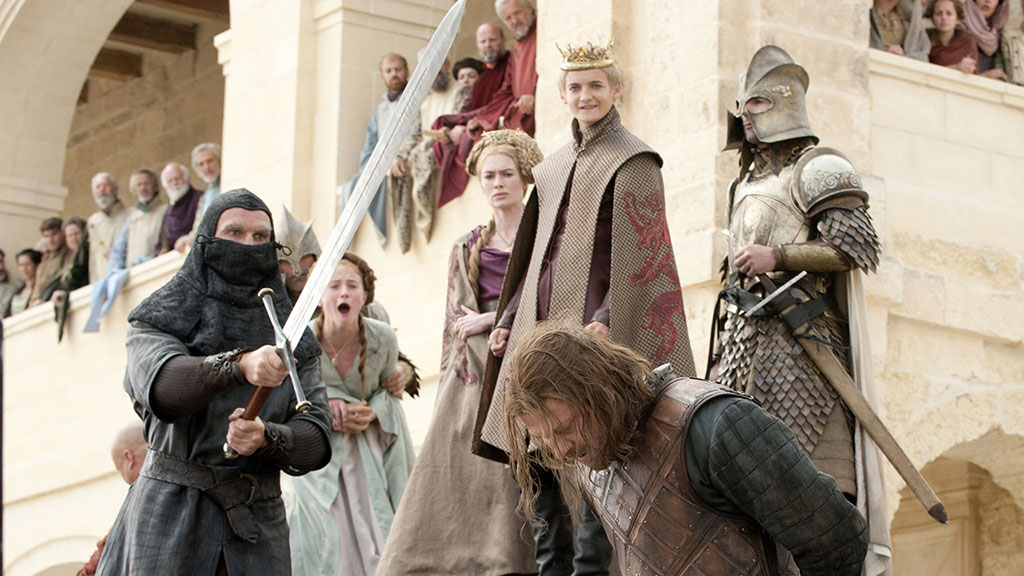 Why does Sean Bean always have to die?

Case in point:  Game of Thrones.  In Season 1, Ned Stark, THE main character as far as I was concerned, gets his head chopped off mid-season.  I refused to believe it for a couple of episodes, that is until Joffrey pointed out that Ned’s head was on a spike outside the castle.  I know, I know, you’re all screaming, “Game of Thrones is NOT a soap!”  Well, as epically manly and porn-y as it presents itself, let’s face it—the main focus of the show is backstabbing and sex…now what other TV genre revolves around those themes?  Hmm...  Oh, yeah—SOAPS! 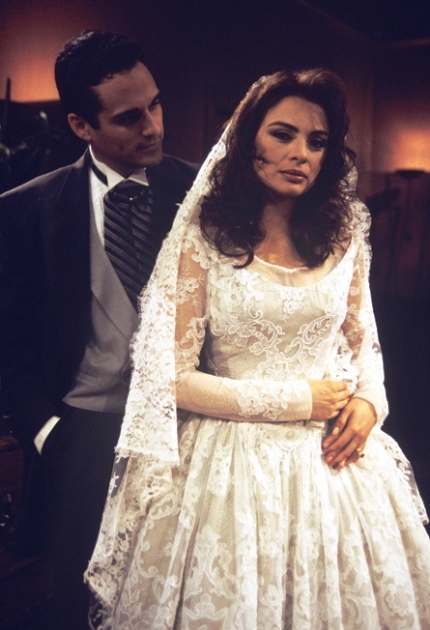 You can already tell this is not going to work out.

Another case in point:  General Hospital.  (I was addicted to GH and One Life to Live in college, so that meant I was watching in the late 90’s.)  Lily Rivera Corinthos was brought onto the show to be a part of Miguel Morez’s (Ricky Martin) backstory, but later got chosen to be cannon fodder in Sonny Corinthos’s story arc.  On one of his many breaks from Brenda, Sonny falls in love with (sort of) Lily, they get married, and she gets pregnant.  And then, once we had just begun to get emotionally invested in her…BOOM!  She dies from a car bomb meant for Sonny, planted by her own father.

My poor heroines go through a lot—death of loved ones, nasty breakups, betrayal, near-death experiences—but all of those “bad” things that happen to them only serve to make them stronger.  A technique that soap writers use (that I love) is that once a heroine’s life is going great, that is the perfect time to pull the rug out from under her.

Aiden was one of my favorites.  No coming back from the grave for him.  He’s really dead, plus the actor, Barry Sloane, has a new show on ABC next season.

Case in point:  Revenge.  By rights, Emily Thorne should be huddled in the corner right now after what happened to her on the season finale last week.  She had just told Aiden that she loved him (something that was difficult for her to do because she had to open up and let someone in), and hours later he was murdered, by her nemesis of course.  I had a bad feeling in the beginning of the episode—things were going way too well for Emily—and it turned out that my instincts were right, unfortunately. 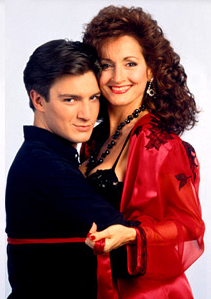 Another case in point:  One Life to Live.  Dorian Lord decided to get back at her nemesis, Victoria Lord, by seducing her son, Joey (a very young Nathan Fillion, his first TV gig, I believe).  Dorian was a cougar way before it was cool, but let’s face it, this relationship made us all squirm with the near 30-year age difference between them.  Dorian’s revenge-y plan would have worked, except she ended up falling for Joey.  They were in love and all was right with the world.  Wrong!  Once mama Viki found out about their affair, she turned the tables on Dorian, locking her in a cage and insisting that Dorian marry another man and break things off with Joey.  Dorian’s heart was broken as she had to let Joey go, and it was further stomped on by Joey’s rebound with her teenage niece, Kelly.  Ouch!

Thank you, soap writers, for your never-ending, blatant torture of your characters.  Conflict makes great storylines and creates the multi-dimensional characters we love and love to hate.  My characters should watch out—if they start getting too happy and complacent, it’s only a matter of time before this writer is going to lay the smack down.