You thought my cupcakes yesterday were creepy?

Well, hold onto your witch hats.

A mystery author worth her salt ought to be able to come up with a fake dead body.  After all, we conjure them in our minds all day.  But it's even more fun to get hands on. 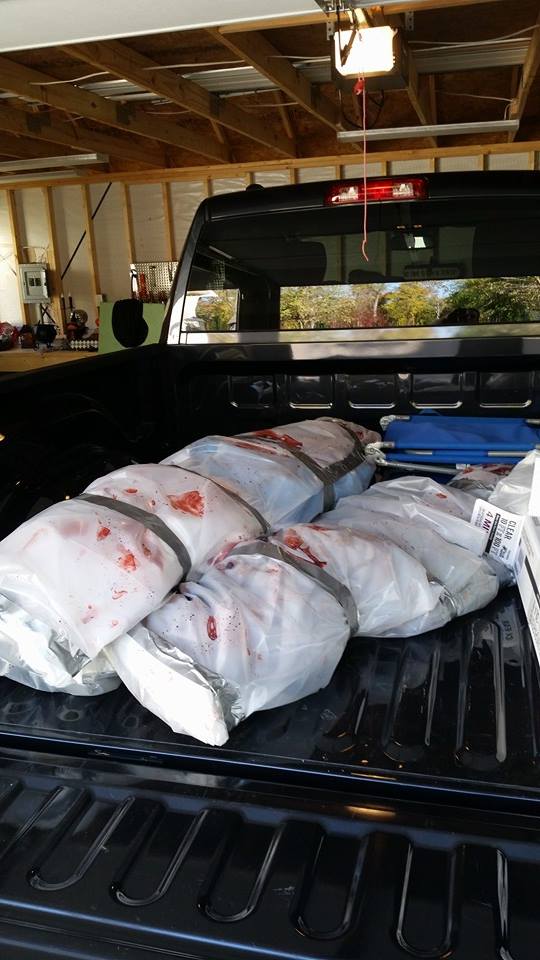 Ultimately, these things ended up at our station on our friends' Haunted Trail.  See this post to find out what we did with them.

To start off, I raided my closet and found some old clothes I could easily part with.  Then I pawed through my recycle bin.  Flat cardboard boxes for the body, paper towel, toilet paper, and wrapping paper rolls taped together for the arms, and various plastic bags balled up to make the bodies more human-shaped.  I think the heads were made from a big bag of crushed up Wal-Mart sacks.  I sewed the arm and leg holes together so the garbage wouldn't slide out. 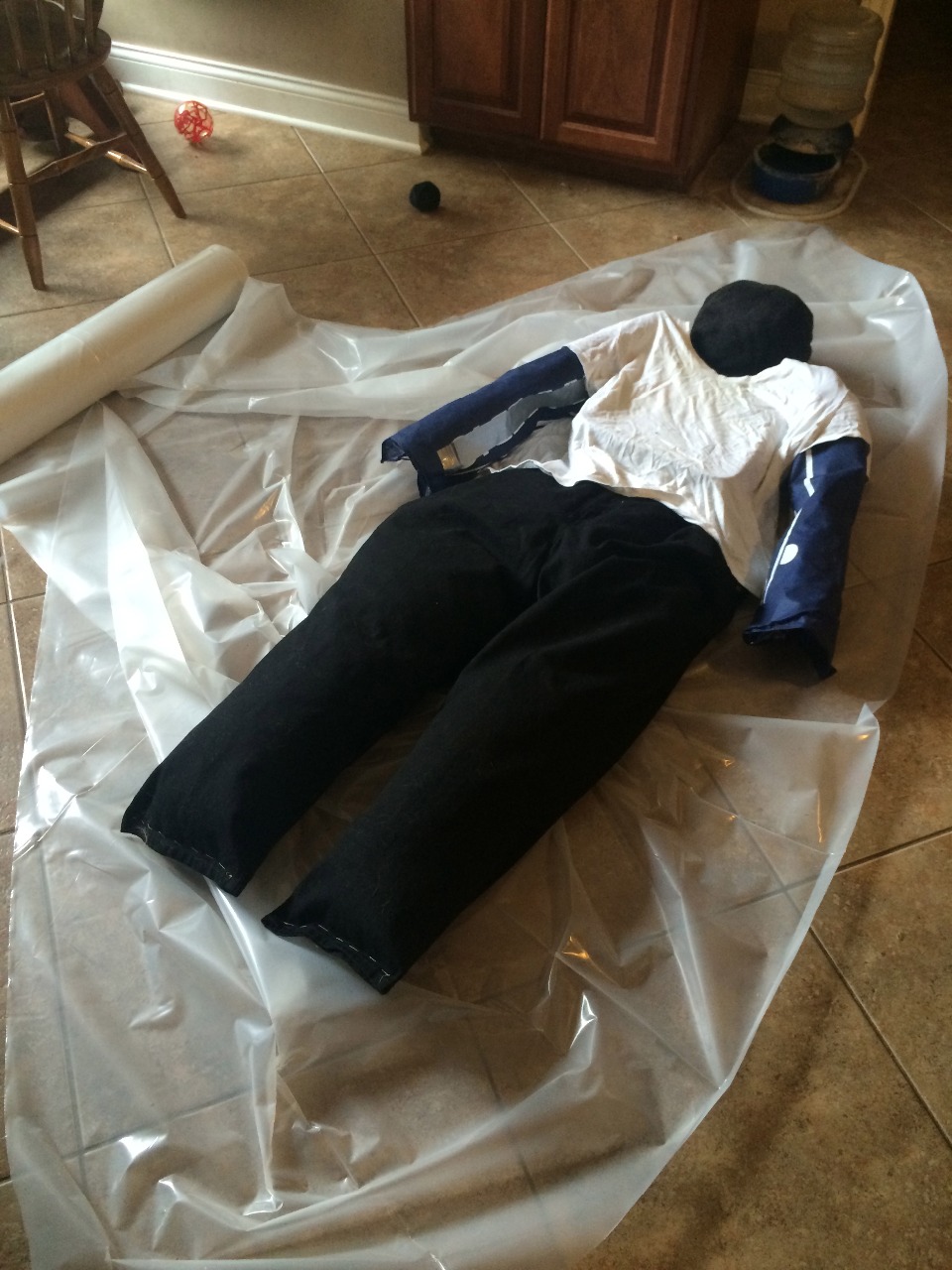 I wrapped my "body" in plastic sheeting.  It doesn't have to be that neat, given the fact that a deranged killer would not take the time to be neat when wrapping up the poor person he killed in order to dispose of them. 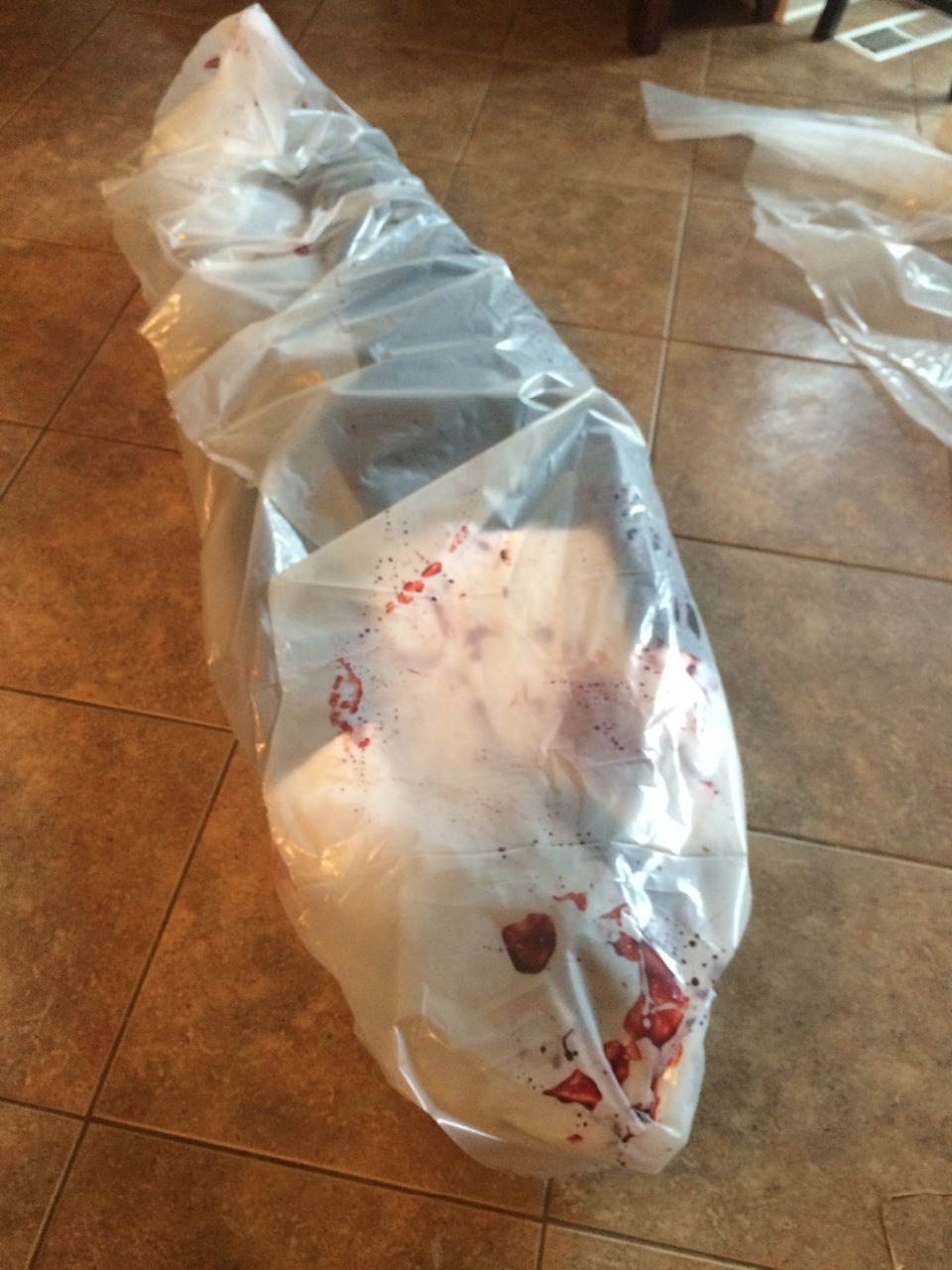 I then splattered red paint all over the thing.  I tried to use that fake blood you can buy, but it was too runny.  Paint stuck better to the plastic. 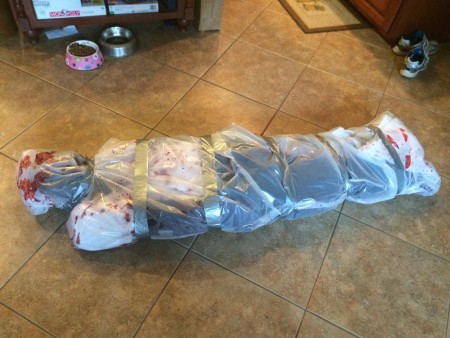 Last, I wrapped the thing with duct tape.  Let me tell you, this was no easy task.  A "body" inside plastic sheeting is surprisingly slippery when you're trying to work with it.  I couldn't imagine being a murderer and having to do this with an actual body.  I was sweating and out of breath by the time I wrangled this thing into place, and it couldn't have weighed more than 20 pounds.

Needless to say, when my husband walked into our kitchen and saw this on the floor, he was a little freaked out.

Now onto a spooky craft that won't raise as many eyebrows...cheesecloth ghosts!

Make a form for the ghosts.  I used a 2-liter bottle and stuck a ball of foil to the top for the head, then attached sticks with duct tape to the sides for the arms.  Then I didn't have another 2-liter bottle for a second ghost, so I used a 20 oz bottle and set it on top of a cornstarch box for more height.

Use a 2:1 solution of water:cornstarch (you can also use actual fabric starch, but I had trouble finding that at my local market).  2c:1c works, if you're making a few ghosts.  I think we made three and had some of the mix left over.  Microwave mixture for around 2 minutes, stirring every 30 seconds.  You want it to look like thin pudding. 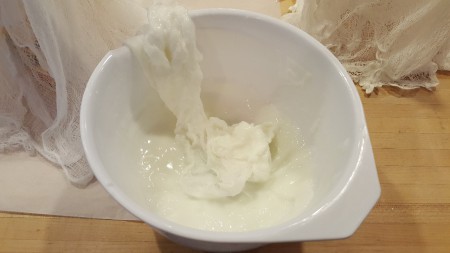 It also took more cheesecloth than we imagined, because I wanted a more opaque ghost.  I think we used about 2 packages for 3 ghosts.  After soaking the cheesecloth piece by piece in the starch mixture, begin layering it over your form to look like the sheet of a ghost.  Stop when you think you have enough layers.  Make sure everything is the way you want it, because once it dries, it's stiff, which is the point. 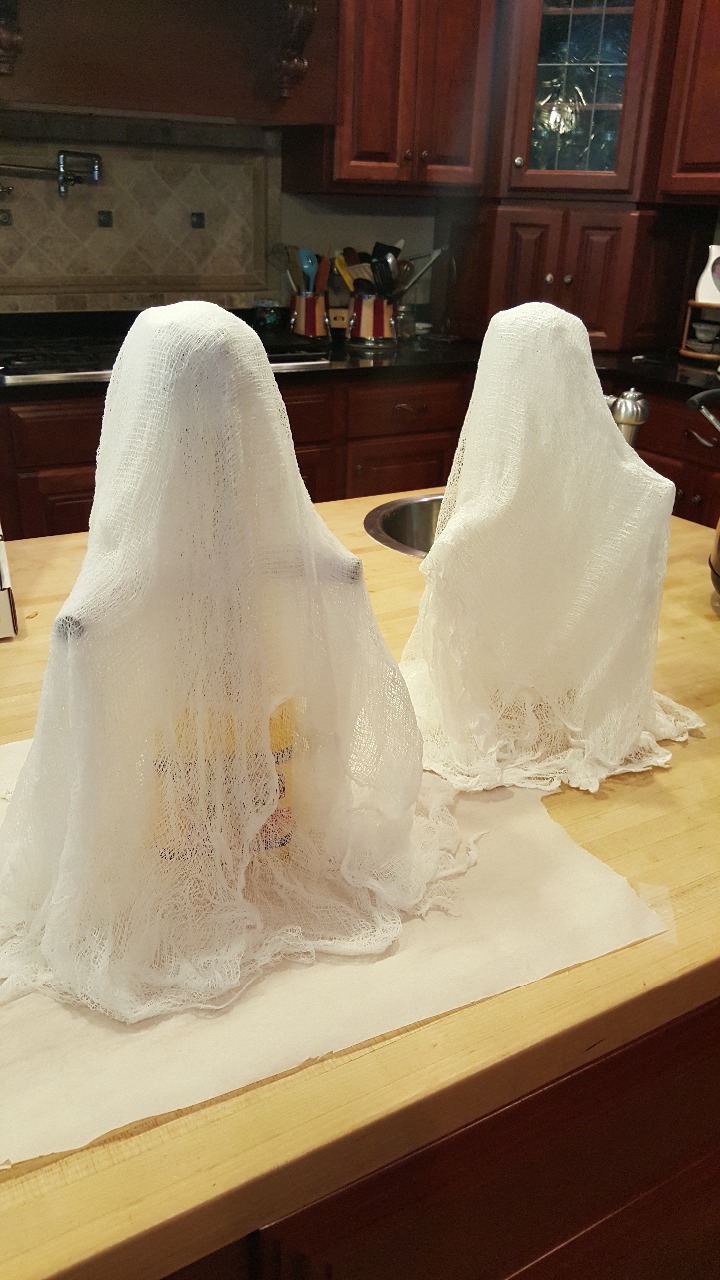 These take a while to dry, especially if you've used several layers.  Expect to leave them overnight or even 24 hours.  You can put eyes or even a bow on their heads, but I thought they were spookier just like this.

And speaking of creepy, I'll leave you with this image.  These girls were freaky enough as is, but then the bin where I was keeping them had an item filled with water in it that broke, and the airtight seal caused everything in there to mold.  I love their new look, but unfortunately I had to part with them because they smelled like death. 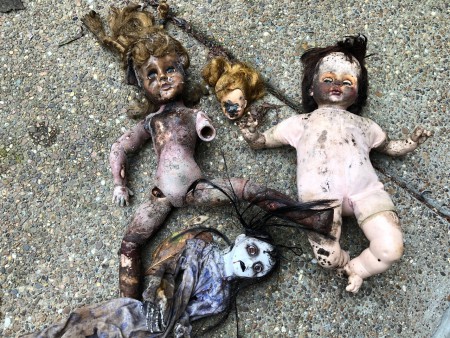