I realize that Deborah Nam-Krane has already covered Hawaii Five-0, but the two of us talked and decided that there was enough about our show that we’d “do over” for both of us to take a crack at it.  Actually, our weekly gripe sessions with Danielle-Claude Ngontang were what gave me the idea for the TV Do-Over Blog Hop in the first place. 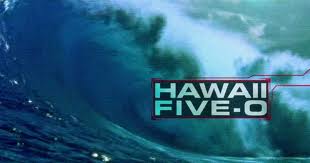 When I was a kid, I watched the original Hawaii Five-0.  The giant wave in the opening credits always scared me to death.

I love drama.  Not in my real life, mind you, but in my writing, reading, and TV/movie watching, bring it on.  Season One of Hawaii Five-0 had drama in spades.  And humor.  My love for this show was cemented when they tied Balki from Perfect Strangers to the hood of the Camaro and drove him around downtown Honolulu. 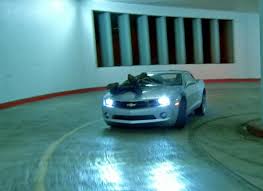 Of course this is safe.  Don't be ridiculous.

Besides the episode “Mana’o”, which I think translates to “The One with Balki”, my favorite episode is the Season One finale.  You’ve got Danno and his ex-wife back together (cheating on her husband AND she’s just learned she’s pregnant with Danno’s baby—gasp!), Chin is exonerated and offered his badge back by HPD, Kelly Hu gets blown up, we find out that the Governor (Jean Smart of all people) is dirty, McGarrett is wanted for murder (falsely, of course), Kono gets taken in by IA, Danno decides to leave Hawaii with his ex, Wo Fat shoots the Governor dead and pins it on McGarrett, and Chin arrests McGarrett.

Tired yet?  Oh, AND because all of that has gone down, “There is no Five-0 anymore,” according to Chin.  They leave us “to be continued” after an anguished McGarrett watches Kono being booked while being booked himself, and after Danny lashes out at Chin for deserting Five-0.  After this, Season Two’s premier should be kick-ass, right?  Well, it is…mostly.

The entire episode is packed with action, witty banter, and drama.  McGarrett got shanked AND broke out of prison AND did it all while wearing either a wife-beater or no shirt at all, which ALMOST made up for what I’m about to complain about.

We find out that Danno’s ex-wife’s baby is…dun, dun, duuuuuh…not his.  Now that’s dramatic—except they didn’t play out the tearful, heartwrenching exchange between Danno and Rachel.  Like at all.  We find out about it during a sissified cargument (one of their staple “car arguments”) between Danno and McG. 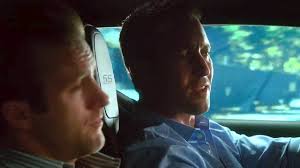 This wasn't a shot of THE cargument, but they pretty much all look like this.

Whaaaaat?  That could have easily provided weeks and weeks of anguish and drama in Danno’s personal life.  Take the opportunity!  Don’t shove drama under the rug!

Fast forward to Season Four.  The problems all started when Grace Park (Kono) had a baby IRL.  She had to go on leave from the show, because an ass-kicking, preggers Kono would never have worked with the storyline. 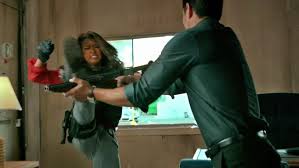 Kono:  You have the right to remain silent...oh, hang on, my water just broke.

Doesn't work, does it?

They needed a little injection of estrogen.  Enter Catherine.  She was a regular anyway, but a minor character, and that worked just fine.  She used Navy satellites to get intel for McGarrett’s personal vendettas and was in his bed faster than he could say “booty call”.  But it worked.  What didn’t work was when she quit the Navy and had nothing else to do all day except lurk around at Five-0 headquarters.  Truthfully, it didn’t seem like McGarrett wanted his girlfriend hanging out with him and his bros. 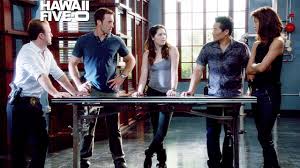 McG:  Just stand there and look pretty while the men do the talking, Cath.

Missed Opportunity #2—ALL of Season Four!

Catherine decides to leave the Navy, and we’re teased at the end of Season Three that one of her exes would be coming back into her life.  I was so excited that they were going to add a little difficulty to her relationship with McG!  What better way to piss off a Neanderthal than to have someone try to steal his woman?  Well, guess what?  They missed their opportunity for drama again!  Cath’s ex, Billy, offers her a job (long days and nights doing “surveillance and security”—yeah, right), which she accepts.  She and Billy both ask McG if it’s okay with him for her to take the job, and he takes the high road and says yes. 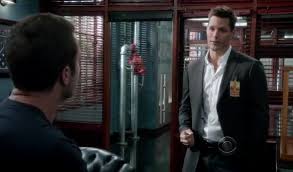 Danny tells McG he’s nuts not to stop her from spending all that time with ‘the one who got away’, but McG gets all noble about it.  Whatever!  I would have had Cath and McG fight it out and Cath run to Billy for comfort.  Now we have a plot!

But, what actually happened was, Cath took the job in Episode 2, nothing happened between Billy and her, and they killed Billy off in the first few minutes of Episode 5.  That’s right.  They killed off the only sexual tension that show had seen since Season One.  Seriously?  That love triangle could have been played out all season, ending with a kick-ass fist fight between two Navy SEALS.  But no, Catherine moons over Billy for about an episode and a half, and then she happily comes to work for Five-0, and her boyfriend is now her boss.  Is that ever a good idea?

Well, it turns out that something happened IRL between Michelle Borth (Catherine) and the Five-0 powers-that-be, and her contract was not renewed for Season Five.  So, what to do with a now main character and GF of the lead who won’t be returning to the show?  KILL HER.  Give McGarrett some angst.  He is best when he loses his crap and starts kicking ass and taking names.  These two aren’t Ross and Rachel from Friends—an amiable break-up is not going to work in this case.  Well, tough crap, because that’s what we got.

Missed Opportunity #3—Next to last episode of Season Four (“Makani 'Olu a Holo Malie”, loosely translated “The One Where They Should Have Killed Off Catherine”)

Catherine gets a message from an Afghan family she befriended while on one of her tours.  She rushes over there to save their son from the Taliban.  Blah, blah, blah, she doesn’t find him (even with McGarrett’s help), and she decides to stay in the Middle East and find the…zzzzzzzz….  Oh, sorry.  Fell asleep there.  If she’s going to ride off into the sunset, never to be heard from again, at least let her ride over a land mine or something!

There's got to be a land mine somewhere on that road.  Wait for it...

That was probably the lamest ending they could possibly have chosen for her character.  She could have had an epic fight with McGarrett over something stupid and dumped him, quit her job, and left the island in a huff.  Wo Fat could have killed her, and we could have watched McG spontaneously combust.  Hell, let that Jonas kid kidnap her instead of Grover’s daughter in the season finale!  Then make McG not meet his demands, and the Jonas could kill her…and we could watch McG rip a Jonas apart with his bare hands.  Throw us a freaking bone here!  Oh, well, there’s always next season. 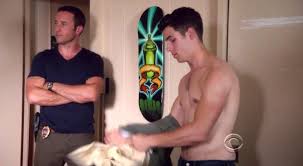 McG:  You call that a six-pack, Jonas? 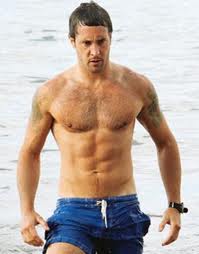 THIS is a six-pack.

Sorry, not done ranting yet…  And another thing, this probably had less to do with writing and more to do with product placement, but in what universe could someone on a cop’s salary (who complained a couple of seasons ago about not having enough cash to get a decent apartment) afford a brand-spanking new 2014 2SS Camaro with the 1LE package, spoilers galore, and Recaro seats? 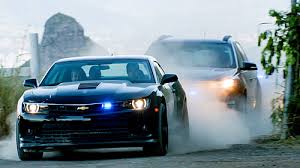 I mean, I know his original Camaro got blown up, and he would have some insurance money, but the car was *supposed* to be a 2010 2LT (which they sneakily upgraded every season, BTW), which wouldn’t have given Danny much in the way of reimbursement to buy a car that cost nearly twice what his old one did!  (This girl knows her Camaros.) 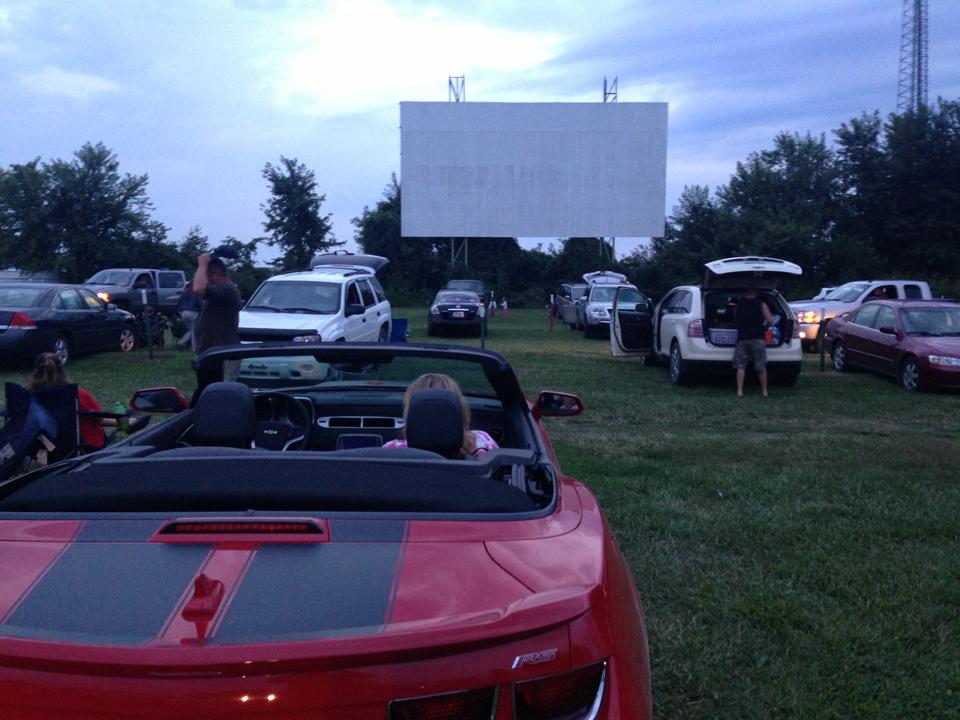 And that's all she wrote for the TV Do-Over Blog Hop!

Thanks so much to ALL of the contributing writers for making this hop a huge success and a whole lot of fun!