Homepage > Bringing Back That Lovin' Feeling with Buddy the Elf

Bringing Back That Lovin' Feeling with Buddy the Elf

My day for the

So honestly, as of this morning, I still didn’t know what I was going to write about.  For “bringing back that lovin’ feeling,” there really aren’t a lot of TV shows, movie franchises, etc. that seem to get better with time.  In fact, most of them get kind of played out and redundant, and it seems like the actors even get tired of the worn-out storylines.  (Note I am NOT speaking about GOT, which has just wrapped its best season EVER, not that it could ever be considered anything less than awesome—it’s just now even MORE awesome.) 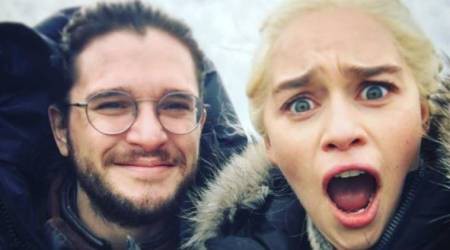 But never fear, there’s another way we’d decided we could “bring back that lovin’ feeling,” which is through movies, books, etc. that once DIDN’T work for us but now for some reason do.  I’m going that way today, and—don’t kill me—I’m going to say that at first, I hated the movie Elf.

Don’t get me wrong—I’m a huge Will Ferrell fan, which I think was why I wasn’t all about Elf when I first saw it.  I’d watched him on SNL for years, and then he started getting more and more movie roles in more and more raunch coms (a favorite genre of mine).  I think I must have had in my head that (despite the clear PG rating) Elf was going to be another off-color ad-libbed comedy for which Will Ferrell is so famous.  Not so.  In Elf, my favorite potty-mouth is essentially an always annoyingly happy child, and the worst curse he can come up with is “son of a nutcracker.”  Boring, no?

Enter my children.  Especially at Christmastime, if you can look at something through the eyes of a child, it suddenly becomes totally different.

My kids wanted to watch Elf because their friends had told them how funny it was.  And I was like, “I saw that ten years ago, and it’s not that funny.”  But of course we watched it, because they wanted to watch it.  And suddenly it was funny.

I mean really funny.  Like Will Ferrell, top of his game, ad-libbing hilarious—just minus the profanity (unless you count “cotton-headed ninny-muggins” as a swear word).  There’s a reason it’s a total cult hit—the humor is not always simply in the jokes themselves, but many times lies in the way the other characters respond to the utter silliness that Buddy the Elf exudes.  Plus, who doesn’t like a good Christmas movie with a great moral?  And what's now on my must-watch list every December, right up there with A Christmas Story and A Charlie Brown Christmas?  You guessed it--Elf.

Make sure to go to Deborah Nam-Krane's blog tomorrow for her post, and ICYMI, go back and read two great posts by Kerrie Olzak and Morgan Cain!