Homepage > Congrats to Jami Deise on the release of HOUSE DIVIDED

Congrats to Jami Deise on the release of HOUSE DIVIDED

I've been looking forward to the release of Jami's latest novel, HOUSE DIVIDED.  Although I'm not much on real-life politics, the story reeled me in and had me hooked.  It will make you think and pull at your heartstrings!

When it comes to the work/life seesaw, Erin Murphy is a balancing-act expert. True, she works for Democrats while her husband Jack is a spokesman for Republicans, but at home they’re in sync. Their jobs stay at the office. Their children -- 13-year-old animal-nut Jessica and 8-year-old Batman-obsessed Michael – come first. And her career is just as important as his.

But on Election Day 2014, everything changes. Suddenly, Erin is out of a job … and Jack is the new star of The Right Choice TV network! As Erin searches frantically for her next position, Jack begins to practice what he preaches. Their house turns into a battlefield:  What’s wrong with saying “Merry Christmas” to their Jewish neighbors? How can there be global warming when it’s cold outside? Jessica takes her mother’s side (her father is a “disgusting planet murderer”), while Michael just thinks it’s cool that Dad’s on TV and he’s making a million dollars.

And Michael’s not the only one impressed with the family’s new money: Who are all these new people floating around Jack, and what do they want? As Erin’s friends take sides about what she should do with Jack 2.0, the only person who understands is a fellow stay-at-home parent: Scott. Scott is easy to look at, and just as frustrated with his marriage as Erin is…

But the biggest battle is Erin’s alone:  Should she keep pounding the pavement? Or become a perfect trophy wife and mother that Jack now wants her to be? Without a title and a salary, how can Erin figure out who she really is?

Check out Jami's other awesome novels:

The Ties that Bleed 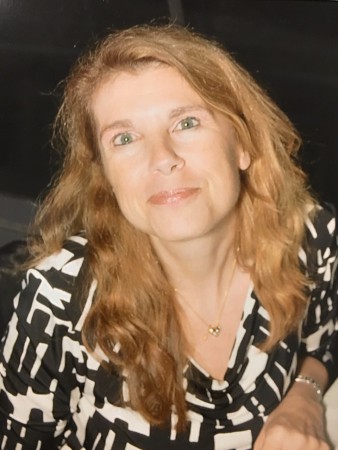 A lifelong resident of Maryland, Jami worked in public relations in Washington, D.C. before moving to St. Petersburg, Florida in 2012. A baseball mom for 15 years, she self-published her first book, “Keeping Score,” about a divorced mom whose 9-year-old son starts playing select baseball, in 2013. In 2015, Evernight Publishing released her urban fantasy “The Ties that Bleed,” about a vampire assassin working for the FBI. Before turning to novels, Jami wrote several screenplays that were recognized in major contests, including Nicholl, Austin, Screamfest, Page, Shriekfest, Story Pros, and more. In addition, Jami participated in ABC Daytime’s Writer Development Program. Jami is an associate reviewer at www.chicklitcentral.com and a freelance developmental and copy editor.  She is represented by Rachel Beck at Holloway Literary. She is also a Realtor with Century 21 Beggins Enterprises on St. Pete Beach.  She is married to a conservative Republican; their son is in a master’s program at Georgetown University and is a White House intern for fall 2017.