Homepage > Congrats to Susan M Boyer on the release of LOWCOUNTRY BONFIRE!

Congrats to Susan M Boyer on the release of LOWCOUNTRY BONFIRE! 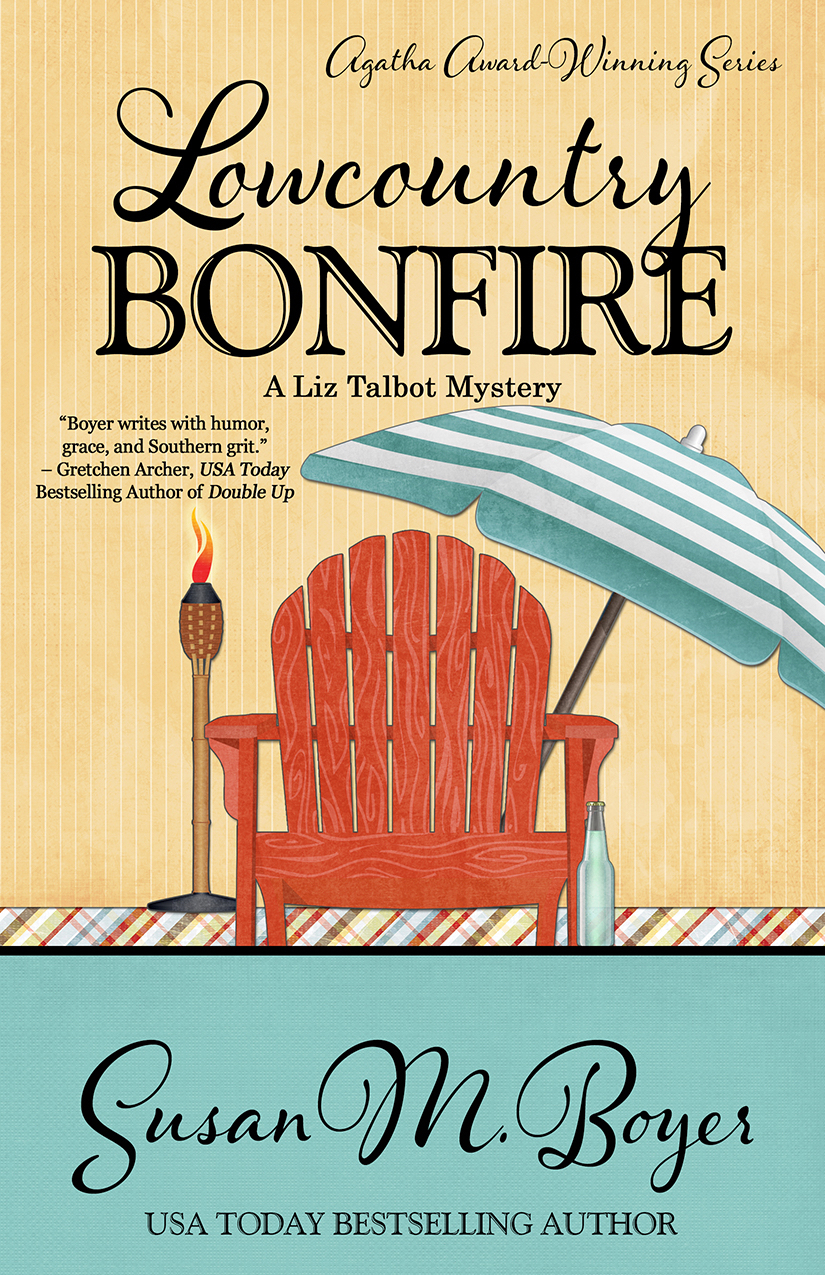 Private Investigators Liz Talbot and Nate Andrews have worked their share of domestic cases. So when Tammy Sue Lyerly hires them to find out what her husband is hiding, they expect to find something looney but harmless. After all, this is the guy who claims to have been a DEA agent, a champion bull rider, and a NASCAR driver. But when he turns up dead the morning after Liz and Nate deliver incriminating photos, Tammy Sue becomes the prime suspect.

Questioning the truth of Zeke Lyerly’s tall-tales, Liz and Nate race to uncover small town scandals, long buried secrets, and the victim’s tumultuous past to keep Tammy Sue out of jail and the case from going up in flames.

Excerpt:
The dead are not much given to hysteria. The morning Tammy Sue Lyerly piled her husband’s clothes into his Raven Black 1969 Mustang convertible and lit a match, my friend Colleen stayed oddly nonchalant. She’d been dead eighteen years and had seen a thing or two.
For her part, Tammy Sue was pitching an F5 hissy fit. She dug all ten fingers into her 1980s pile of long red hair, clutched her head, and bellowed, “Let it burn.”
Four Stella Maris volunteer firemen cast her worried looks but went about the business of hooking up the hose to the fire hydrant.
We stood in a loose huddle a safe distance from the burning car in the Lyerly driveway.
“I asked you what you were doing here,” said Blake.
My brother, Blake, was the Stella Maris Police Chief. My husband, Nate, and I were private investigators, and Blake purely hated it when we meddled in his business.
“I called her,” said Daddy. “I overheard at the flea market that your sister’d done some work for Tammy Sue recently. Thought maybe she’d want to know.” Daddy shrugged, looked innocent.
Mamma and Daddy lived across the street from the Lyerlys, so naturally Daddy was first on the scene. Mamma had come with him. She raised an eyebrow to let him know she had his number. It wasn’t yet eight o’clock. Daddy sipped coffee from a large insulated stainless steel travel mug, all nonchalant like.
“For cryin’ out loud, Dad. We don’t need the whole town out here this morning.” Blake gave his head a shake. He scanned the neighborhood we’d grown up in. Folks gathered in clumps under the shade of massive live oaks in bordering yards. They’d all come out to see the show. The audience was growing fast. It was early on a Tuesday in the middle of June. Some of those folks were missing work. Blake lifted his Red Sox cap, ran a hand through his hair, and resettled the cap.
Tammy Sue grabbed my arm with one hand and clutched her chest dramatically with the other. “Well, I want her here, and you don’t have a single thing to say about it. This is my property.”
“Yours and Zeke’s.” Blake kept his tone easy, casual. “Where did you say Zeke was again?”
“He’s with that cheap hussy, Crystal Chapman.” Tammy’s eyes glowed with crazy. She leaned forward and hurled the words at Blake. “And he’d better by God not come home unless he wants me to light his ass on fire too.”
Back
Tweets by @carolinefardig