Congrats to Tracie Banister on the release of IZZY AS IS

Scroll down to enter the giveaway!

The party is over for bikini model Izzy Alvarez. For six years she’s made a good living by flaunting her God-given assets on runways and in front of cameras, but now as she approaches the big 3-0, the bodacious Latina is shocked to learn she’s aged out of the profession that’s kept her in mojitos, mani/pedis, and designer thongs. What’s a girl with a taste for the finer things in life and no marketable skills to do?

Getting a regular job is too boring to even consider, so Izzy decides to follow in the footsteps of her newly-engaged frenemy and become a trophy wife. Although she’s desperate and too broke to get a chipped nail fixed, Izzy still has standards for her future husband, which means no uggos, no vertically-challenged guys, and no geezers who need to pop a blue pill to perform in the bedroom. Enlisting the aid of her computer whiz nephew and her closest pals, Izzy goes on the prowl for a rich, marriage-minded man, encountering likely candidates in a lot of unlikely places.

The high life she’s dreamed of may be within reach when Izzy meets a charming, successful man who’s not only hotter than a steamy summer night in Miami, but ready to settle down. Now all Izzy has to do is make sure her loud, crazy Cuban family doesn’t scare off el hombre perfecto—oh, yeah, and squelch those pesky, romantic feelings she keeps having for the sweet, cash-strapped guy she's known forever.

Will Izzy’s hunger for money win out, or will her fiery heart demand to be heard?

Purchase a copy of Izzy As Is during release week (January 24th-30th, 2018) and you could win a fantastic prize pack inspired by the book’s sassy Latina heroine (nail polish, jewelry, and mojitos are some of her favorite things) and the beachy setting in Miami. People who purchased Izzy during the pre-order period are also eligible for the giveaway! 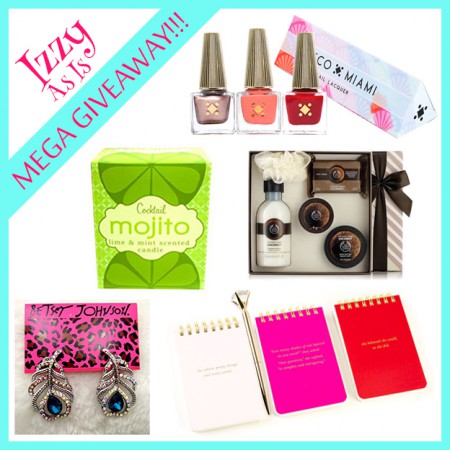 She Spiral Notepad Set by Kate Spade New York
(Quotes on Notepads: 1 - She believed she could, so she did. 2 - "How many shades of red lipstick do you need," they asked. "That question," she replied, "is complex and intriguing." 3 - She adores pretty things and witty words.)

To enter this giveaway, e-mail Tracie Banister at traciebanister@gmail.com with your proof of purchase. Entries will be accepted until midnight on January 30th, 2018 when a winner will be selected via random drawing. This is an international giveaway, so anyone who buys Izzy As Is within the allotted time frame is eligible to win. Good luck! 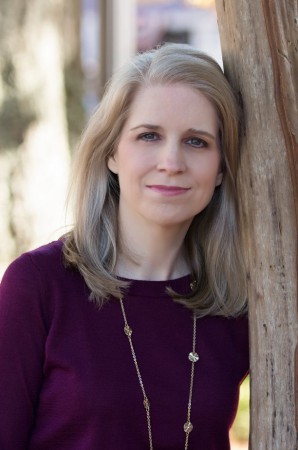 An avid reader and writer, Tracie Banister has been scribbling stories since she was a child, most of them featuring feisty heroines with complicated love lives like her favorite fictional protagonist Scarlett O'Hara. Her work was first seen on the stage of her elementary school, where her 4th grade class performed an original holiday play she penned. (Like all good divas-in-the-making, she also starred in and tried to direct the production.)

Tracie’s dreams of authorial success were put on the backburner when she reached adulthood and discovered that she needed a "real" job in order to pay her bills. Her career as personal assistant to a local entrepreneur lasted for 12 years. When it ended, she decided to follow her bliss and dedicate herself to writing full-time. She is the proud winner of the 2017 Independent Press Award (Romantic Comedy) and a Bronze Medal in the 2017 Readers’ Favorite Awards (Chick Lit).

Although Tracie swore she’d never write a sequel to any of her books, the character of Izzy Alvarez, who first appeared in In Need of Therapy, would not be denied. Izzy As Is is Tracie’s fifth novel, and she hopes readers enjoy this return trip to Miami. 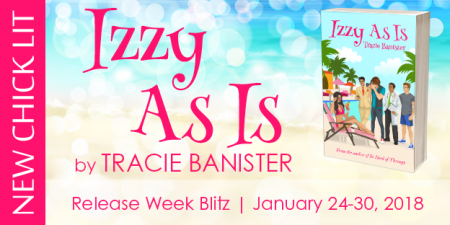