The DIFFERENT BUT GOOD Blog Tour

After a last-minute writing deadline that fell into my lap,

I wasn't able to get my post finished when I was supposed to,

but I'm back now and ready to talk remakes!

On the whole, I'm not against remakes/reboots/reimaginings of stories.  I don't care if you go book to movie or TV, TV to movie, movie to TV, TV to TV, etc.  As long as it's good, I'm okay with a second shot.  Granted, not all of them are good, but there are a few that I've enjoyed over the years.  Of course Hawaii Five-0 is a favorite, and I'm also digging the new Ash vs. Evil Dead series.  And as for classic story to new story, I love 10 Things I Hate about You (Taming of the Shrew), She's All That (My Fair Lady), and Clueless (Emma).  I do love me some 90's high school rom-coms.
But I think my favorite reimaginings come from one of the best books of all time, Pride and Prejudice.  You can't get much better than Austen for a romance with substance, especially one that will stand the test of time (if you can get past the old-timey language).
So...out of all the movies based on Pride and Prejudice, here are my favorites:
The movie version of the book with Colin Firth as Mr. Darcy, because he IS the only Mr. Darcy, in my mind.  It was a 6-part TV mini-series on BBC in 1995.  Fans argue whether this one or the 2005 film version is better, and I suppose it's simply everyone's opinion, but come on... 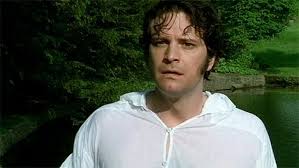 Speaking of Mr. Darcy, evidently Helen Fielding thought Colin Firth was the one and only Mr. Darcy as well, because she insisted he play the part of Mark Fitzwilliam Darcy in the movie version of her novel, Bridget Jones's Diary.  Throw in Hugh Grant, and a girl doesn't know who to root for.  Of course Bridget Jones isn't an exact retelling of P&P, but all the elements are there.  You've got Elizabeth and Darcy (Bridget and Mark), the scoundrel Wickham (Daniel Cleaver), Mr. and Mrs. Bennett (Bridget's parents, although you could argue that Bridget's mom also plays the role of Lydia, getting mixed up with that sleazy salesman guy), and the Bennett sisters (who are portrayed as Bridget's friends--which you could call her urban family).  You've got a headstrong female lead who probably should think about settling down, but hasn't found Mr. Right yet.  You've got uptight Mr. Darcy, who was painted badly to Elizabeth/Bridget by Wickham/Daniel's lies.  And of course you have the bristly but heart-wrenchingly real love affair between Elizabeth/Bridget and Darcy. 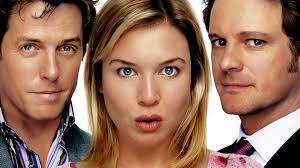 For me, it doesn't get much better than Bridget Jones, books or movies.  I just watched the 3rd one, and it was delightful.

And then you've got Pride and Prejudice AND ZOMBIES, because...why not?  This version follows P&P well enough, of course veering off to do the whole zombie thing.  It's fun because the female characters in it are true to their personalities in their personal lives, but when a zombie comes around, they go into full ass-kicker mode. 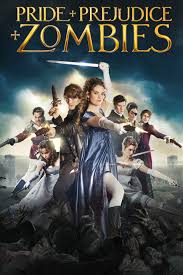 So, that's all for the DIFFERENT BUT GOOD Blog Hop!

Go back and visit all the other stops, if you haven't yet.

Thanks for hopping with us!