I am super excited to welcome

to my blog today!

Gina is the bestselling author of the popular

I love the idea of the mob running rampant through the (relatively) safe, corn-fed Twin Cities.  What made you choose the setting?

For starters, that’s where I was born and raised, so I know and love the area more than anyplace in the world! My sisters & I ran around the alleyways of St. Paul for most of our childhood, so although I’ve since lived abroad in Italy and now in Los Angeles, the Twin Cities is the place I’ll always call home.

Also – a little known fact – the Twin Cities was actually a place many ‘gangsters’ hung out during Prohibition, so it’s not quite as far-fetched as most people might think! (My mom took my family on a “Gangster” tour of the city once.)

Hah, yes of course! My real life certainly bleeds into the characters I write. Although I’m not “Lacey” under any circumstances, I can relate to many of her characteristics, as I think most women can. She’s imperfect and makes mistake, and she has imperfect friends, who also make mistakes. Then she’s gotta set things right.

I wouldn’t say anyone from my story is based strictly upon a real life person, but I will say that my mom embodies a few characteristics of Carlos – in the best way possible. ;) However, I think a lot of Lacey's resourcefulness comes from things I've learned from her - my mom made sure that my sisters and I had an amazing childhood, and I think that's a part of the reason I have the imagination today that I do!

Along the same lines, do you ever use things that have happened in your life as part of your stories?

I will leave you with this: Lacey’s Kia and her Lumina are both real cars.
I also tend to catch a few one-liner gems from my boyfriend or from family members during holiday functions.

Your series has been described as “Tony Soprano, meet Stephanie Plum”.  I totally agree!  What authors have influenced you and who are your favorites?

I grew up reading a ton of Janet Evanovich, and I love her writing – she’s probably been the biggest influence on my work. However, I also love Harry Potter & J.K. Rowling, and though I don’t write about boy wizards, her ability to transport readers to a new world is incredible.

All of your book covers are very eye-catching.  Do you have someone who does your cover artwork or are they your own design?

I got very lucky, and I have a great cover designer! We’ve worked together for the entire series. I have NO artistic eye (my mom will vouch for that), so I stick to words on the paper.

Congratulations on the huge success of your series!  What is the most effective strategy you’ve used to make your books visible in the market?

First of all, thank you! That means a lot to me. :) This is a tricky one because there are always so many factors at play, and it’s difficult to know exactly what contributes to visibility. I think having a good cover, a good description and a good story is a place to start. Beyond that, I just try to go by the golden rule – be nice to people, interact with fans, and be involved in the community!

And super congrats on your new Misty Newman Mysteries series coming out through Gemma Halliday Publishing!  How has working with a publisher been different than going it alone?

Thank you, I am thrilled as well about this series! I am very lucky to be working with a publisher as wonderful as Gemma. She offers a lot of flexibility and takes a lot of author input during the editing and cover design phases, which is great. The process takes a bit longer to get a book out because more people are involved – but at the same time, it’s been fantastic getting to meet and work with the other GHP authors, who are all very talented.

Of all the characters in Lacey’s universe, which one is your favorite?  (Mine is Clay!)

Clay, that’s awesome! He is one of the only characters who is a complete figment of my imagination. I don’t know anyone like him in real life, but he just seems so adorable in my head, and I think he’s grown a lot throughout the series.

For me though, I have to say, I like certain parts of every character. (This question is tough – it’s like trying to pick your favorite kid, haha!)

A few of my favorites:

1.     Lacey & Meg’s relationship – finding and keeping true girlfriends is so difficult. Though Meg is often over-the-top, inappropriate, etc., there’s a loyalty between the two which I think is very special.

3.     Anthony’s vulnerable side – anyone can have a tough exterior, but when we find another person we’re comfortable opening up to, that is a fun, new, and exciting moment in any relationship.

TOO MANY YEARS: MANAGER AT STRIP CLUB

Lacey Luzzi’s rollercoaster of a life has been filled with the highest of highs and the lowest of lows. She just never expected the lows to be so… sparkly.

After falling on her face during an attempt to follow in her recently-deceased mother’s stripper-boots, Lacey realizes she’s not cut out for life on stage. She sets out on a year-long investigation to find her true family, never expecting she’ll find it with a capital “F.”

With a rumbling stomach, a need for money (check engine lights don’t fix themselves!), and a conscience that operates at 78% on a good day, Lacey is sucked into a whirlwind of Family secrets, hard-as-cement cookies, and mysterious, sexy men who unfortunately shoot guns, sometimes aimed at her face. The long-lost-granddaughter of Carlos Luzzi, the Godfather of the Italian Mafia, Lacey accepts her first assignment for the mob: finding fifteen million dollars of ‘the good stuff.’

Even after she enlists the help of her mouthy best-friend and her cousin, a technical genius and social disaster, she finds that going toe-to-toe with the rival Russian mob is more dangerous than expected.

No one chooses their Family, but Lacey Luzzi will be lucky if she can survive hers. 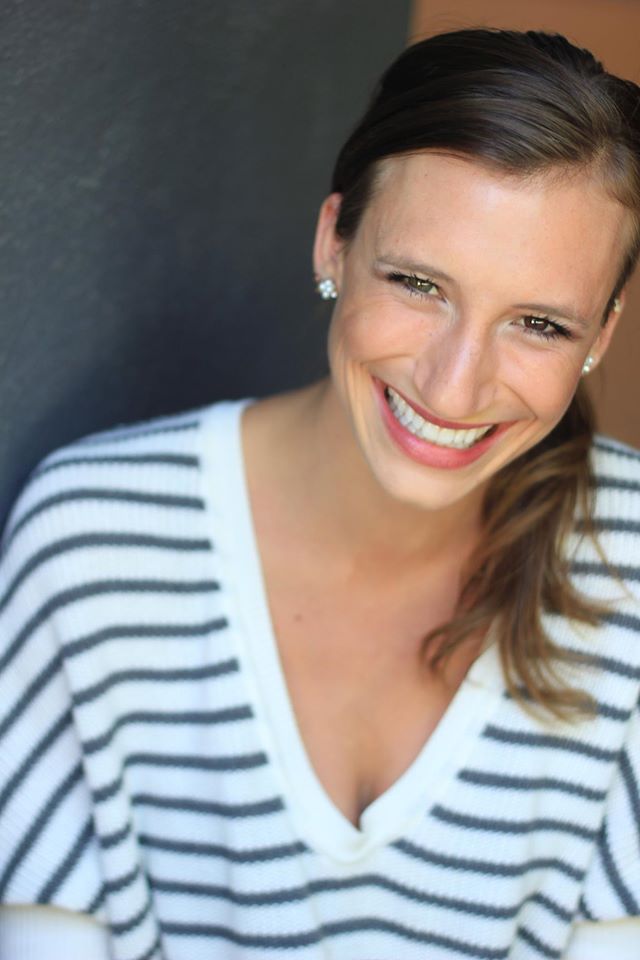 Originally from St. Paul, Minnesota, Gina LaManna has also called Italy and Los Angeles home. At the moment she lives nine blocks from the beach and sometimes runs marathons. After studying numbers and equations in college, she realized multiple choice tests were "just not for her" and began writing books instead. She loves cappucino foam and whipped cream and would subsist solely on sprinkles if possible. She has one imaginary dog.