on the release of FIRST & GOAL!

Set your lineups and pull out the old game tape—football is here. This year, you can experience fantasy football vicariously through (or commiserate with) Harper Duquaine in First & Goal by Laura Chapman.

What begins as a way to make nice with her new co-workers soon becomes an obsession for Harper as she navigates the ups and downs of managing a fantasy football team. Add in a pair of meddling brothers, a crew of quirky colleagues, and a league-mate who makes her toes curl, and Harper’s football season has plenty to keep her interested.

This new romantic comedy is now available from Marching Ink on Amazon, Barnes & Noble, and Kobo. Join in the fun and cheer Harper on as she takes on the old boys club.

When Harper Duquaine’s no-nonsense approach to work unintentionally ruffles the wrong feathers at her new job, she joins her co-workers’ fantasy football league to prove she can hang with the guys. Only problem: she doesn’t know a sleeper from a keeper (or any of the other lingo thrown her way).

Embroiled in a world of lineups, stats, and trades, Harper’s quest to make nice topples when her competitive streak emerges. And her promise to herself that she’ll be a strong, independent woman and leave the drama and heartache behind is seriously tested when she catches the attention of her two biggest competitors: J.J., a local celebrity determined to win a fantasy championship, and Brook, the mild-mannered coach who seems too good to be true. Both threaten her resolve to remain single… and, more importantly, her chances at winning the prize pool.

With a slew of conflicting advice in her real and fantasy worlds, Harper must figure out how to play the game and come out a winner.

You probably recognize Laura from before on my blog.

What is the best dish you can cook?
I make a mean tofu/veggie stir fry. I grill the tofu for texture and substitute quinoa for rice to add extra nutritional value. I also just tried a cauliflower crust pizza recently, and it was super yummy. (I’m on a healthy eating kick right now if you can’t tell.)

Can you fake any accents?
Not very well, but I’ve been known to attempt British and Southern accents for fun.

You wouldn't be caught dead, where?
At a football game between the Minnesota Vikings and Chicago Bears. I’d watch either team play if they were up against the Green Bay Packers.

Do you have any hidden talents?
I played the oboe in middle school and high school. I can also open a corked bottle of wine using a hanger or pen. It’s not a pretty process, but it gets the trick done.

What do you have in your pockets?
Nothing usually—I sit at my desk most of the day. But when I’m out and about, I usually have my iPhone stashed away.

Most hated chore on the household chore list?
I hate doing the dishes, which is why I tend to let them pile up in my sink until it reaches the point of disgusting. Someday I’ll break that habit.

Which bad habit drives you crazy?
People chewing with their mouths open or chomping/slurping loudly. I find it unappetizing, and I don’t do a very good job of hiding my disgust when people are doing it around me. I wrinkle my nose without even realizing!

Name one thing you consider yourself to be very good at.
I’m good at beginnings. I get really excited and can go from zero to one-hundred lightning flash. I also like to get other people excited about whatever it is I’m starting.

Name one thing you totally suck at.
By comparison, I suck at endings. Either I have trouble getting there or once I do, I don’t want to say good-bye.

What was least favorite job that you had?
I waited tables at a chain restaurant, and I hated almost every second. I was way too anxious of a person to go with the flow, and I was always worried my customers were mad at me.

What is on your bedside table?

A pile of library books (Shakespeare’s “Macbeth,” Aziz Ansari’s “Modern Romance,” and Shakespeare’s “Taming of the Shrew”) along with my Kindle, Nook, and phone charger. I do a lot of reading in bed.

If you could play any instrument, which would you play?
As I mentioned, I can play the oboe. I also played English horn, saxophone, piano, and percussion. I was a total band nerd in high school (said with respect and love).

If you could be any cartoon character, who would you be?
Ariel from Disney’s “The Little Mermaid.” I’ll forever consider Prince Eric to be one of the most handsome and charming of men, and I wouldn’t mind living in a modest castle on the beach with him. He also has a fantastic dog. Besides that I love Ariel’s sense of adventure, excitement for life, and desire to follow her dreams. I know there are plenty of reasons why her story isn’t super realistic (she’s a mermaid for one), but it will always be one of my favorites.

Alcohol or coffee?
Both. More specifically coffee from dawn until noon and alcohol any time after.

Are you a morning or night person?
I’m at my best in the morning if I can sleep until about seven. That makes it hard for me to be very productive with writing before work though I try. I get a good second wind in the evening, though, so I tend to do most of my writing and blogging then.

Name a singer you can't stand the sound of.
This is tough, because I kind of love everything. I like imitating singers when I play “American Idol” in the car, so I even like the obnoxious ones. But if I had to choose one, I’d probably say Chad Kroeger of Nickelback.

If you were to perform in the circus, what would you do?
I wish I could say something like the trapeze, but I’m afraid of heights and have anxiety just watching the artists do their work. I’d be a clown to make people happy, but they freak me out. So instead I’ll channel Britney Spears and say “I’m like a ringleader, I call the shots.”

Name one thing you remember about your high school prom.
I actually went to five proms—three my junior year and two senior year. (You can see photos from those proms here. And yes, that’s my mom pinning the boutonniere on my date, because I was struggling with it.) My favorite memory was singing “Baby Got Back” at the Post Prom karaoke booth my senior year. It seemed like a good idea until I realized half of the audience consisted of my teachers and administrators. Figuring it was too late to change my mind, I owned the song and happily welcomed an impromptu dancer from the audience to the stage as you see pictured here. 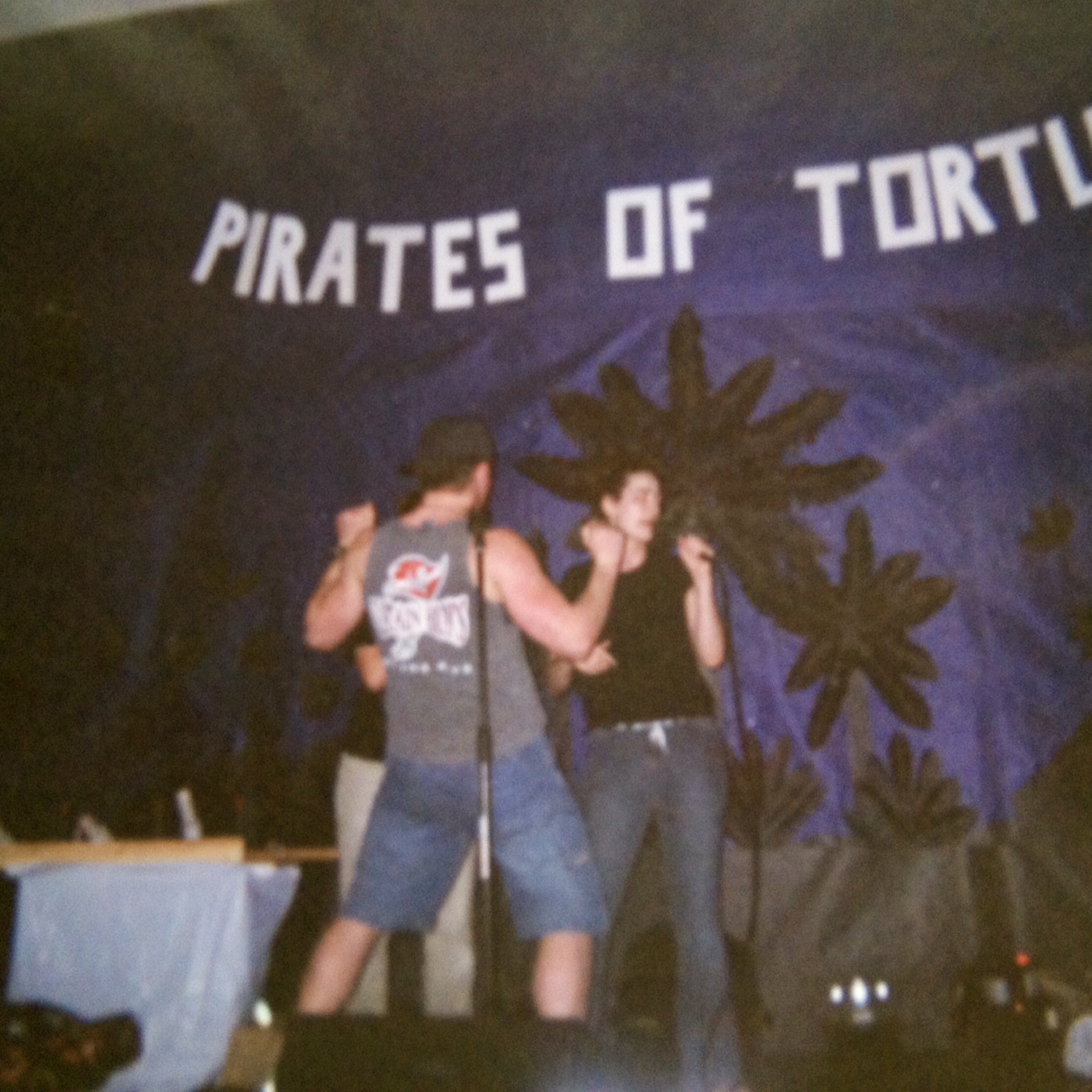 What was the last thing you watched on TV?

I re-watched episodes from the past season of “The Mindy Project” in preparation for the launch of Season 4 on Hulu. I can’t even say how happy and relieved I was the show found a new home. Before that I binge-watched “Inside Amy Schumer.” Can you tell I’m a fan of fabulous, funny, and fierce women?

What was the last photo you took on your phone?

A selfie to see how my hair was holding up after being out in the rain. I always make sure to pout or do something interesting with my pose when I take this kind of selfies, because I’m ridiculous. I have way too many selfies on my phone. If anything happens to me, will one of you please delete most of them before the contents go public?

I love the whole Christmas season, though it usually comes with a lot of nostalgia and sometimes sadness (especially when it’s over). But my favorite standalone holiday is the Fourth of July. I like watching fireworks, eating food, and spending time with my family, which the whole holiday encompasses. One of my favorite traditions includes watching the musical “1776” with my family.

When was the last time you fired a gun?

I’ve actually never fired a real gun. The closest I’ve come was paintball, and I last did that about 13 years ago in high school.

Laura Chapman is the author of First & Goal, The Marrying Type, and Hard Hats and Doormats. Her work appears in Merry & Bright, A Kind of Mad Courage, and a forthcoming Christmas anthology from Marching Ink. A native Nebraskan, she loves Huskers and Packers football, Netflix marathons, and her cats, Jane and Bingley. Laura is currently in pursuit of a fantasy football championship while penning her next novel.