Isabella Louise Anderson's THE RIGHT DESIGN is on sale now!

a group of wonderful ladies I would be lost without.

THE RIGHT DESIGN is on sale for $0.99 through August 3rd. 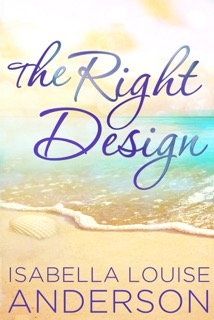 Do business and pleasure mix?

In the author's debut novel comes a story about picking up the pieces, letting go of the past, and finding love along the way--even if morals are tested!

Interior designer Carrie Newman could not have envisioned a more perfect life for herself. She had a great job doing what she loved, wonderful friends, and a close relationship with her sister and brother-in-law. Add in an amazing man who she’d hoped would soon become her husband, and her life was perfect. Until one devastating decision ruins her relationship and changes the course of her life.

Determined to make a new start, Carrie leaves Texas and heads to Palm Beach to pick up the pieces of her shattered and broken life. The last thing she expects is to find herself attracted to her first client at her new job--Brad Larson, who has proven himself time and time again to be caddish.

But there’s something beneath the surface of Brad’s arrogant exterior that keeps her craving more of him--something almost sweet that Carrie can’t seem to resist.

Is Carrie ready to take another chance on romance? And will this new design of her life prove to be the right one?

After a long pause, Carrie finally spoke. “Fine. Yes, I’m seeing someone.” And when she said those words, she smiled because sticking it to him felt good. Damn good!

Roger stood up, walked toward her and kneeled down in front of her.

Carrie held her hand up to stop him, closed her eyes and took a breath.

She turned her head so she wouldn’t have to face him. “Roger, please leave.” Carrie couldn’t take it anymore.

Roger reached for her, grasping her arms and bringing her attention back to him.

“Get the hell out of here. Now!” Anger shot through Carrie as she raised her voice.

“Does he know how you like to be kissed?” Roger stared at Carrie as he caressed her cheek with the back of his hand.

While his hand had once been a source of soothing touch for her, it now stung. “Leave! We’re over! Get the hell out of here,” she yelled, pointing to the exit.

Suddenly, Roger grabbed her shoulders and pulled her tightly to him, catching her by surprise.

“I can’t do this,” she said trying to wriggle out of his arms, but his grip didn’t loosen. When they made eye contact again, she began to speak, but before she knew it, Carrie felt Roger’s lips on hers. For a moment, Roger had her paralyzed, as their lips reacquainted with one another. Kissing him felt familiar and for a half a second, it was as if nothing had changed between them. Seconds later, when she heard her door open, she immediately pushed Roger away, this time with more force, and saw Brad staring wide-eyed at the two of them. “Brad!” She ran toward him, but he held his hands up to stop her.

“Don’t bother,” he snapped and stormed out of her office.

Carrie quickly brushed past Roger and followed Brad down the hall calling his name, but he didn’t respond, and his pace quickened. “Brad, will you please just listen to me?” Carrie begged again as they quickly walked past Elaine’s desk and out the door. “Please let me explain.” When they made it outside to Brad’s car, he finally stopped and faced her. She tried to reach out to him, but he pulled away.

“What do you want, Carrie?”

Her eyes burned as tears ran down her face. She didn’t know where to start or what to say while memories of the last two days ran through her mind. “I’m so very sorry,” she said, wiping her tears away. “I didn’t know he was coming here.”

“He who? Who is he?” His voice was filled with dismay and spite.

He gave a sarcastic laugh. “Of course he is.”

“We were together for six years, he cheated on me, and then I moved here to get away from him and start over. That’s when I met you.” She hoped that giving him the short version would satisfy him for now. Carrie just wanted things to get back to the way they were before Roger came to Florida.

Of all the many conversations, exes weren’t discussed on either of their parts. “He never came up in conversation. We never talked about our exes.”

“Fine, but how can you not mention someone you were with for that long? That’s kind of a big deal, don’t you think?”

“You and I have only known each other for a few weeks. Besides, at least I don’t zip in and out of women like you do,” she said. “Nor do I have flings with my assistant.”

“Danielle and I were together for only a short time, and that was years ago.”

“Well, geez, I’m sorry I didn’t follow proper Palm Beach etiquette and give you a history of my previous romances,” she fought back, but then realized that she was practically yelling. After taking a breath, she said, “I didn’t mean that, Brad. I’m sorry. I just want us back together.”

“You have a really funny way of showing that. Do you want to be with him?”

He pointed toward the entrance to Ocean Designs. “That’s not the way it looked in your office.”

“I…” she began, but Carrie was at a loss for words. She buried her head in her hands. She’d been caught kissing her cheating ex and now was fighting to be with the man who she’d started to love. She looked up at Brad and began to cry harder.

“I guess I have my answer,” Brad said as he unlocked his door. “Oh, and don’t worry about finishing the project. I’ll have England take over.” 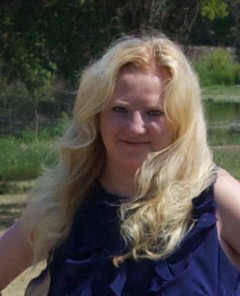 Isabella grew up with a book in her hand, and to this day nothing has changed. She is a member of the Romance Writers of America and has been featured on several blogs. While Isabella doesn't blog a lot, she focuses her time on featuring other writers, along with writing and editing. Isabella Louise Anderson created Chick Lit Goddess to share the love of the following genres: Chick Lit, Contemporary Romance, Romance, and Romantic Comedies! She loves featuring authors and their books. She lives in Dallas with her husband and cat. She enjoys spicy Mexican food and drinking margaritas, and can be found spending time with family and friends, cheering on the Texas Rangers, and reading. Isabella's short story, Meet Me Under the Mistletoe, was featured in Simon & Fig's Christmas anthology, Merry & Bright, in November 2013. The Right Design is her first novel.