I would like to welcome fellow author Lilian Roberts to my blog!  She is blog touring this month, and she will be here today and tomorrow promoting her books.  If you're a paranormal romance fan, you need to check her out at www.lilianroberts.com! 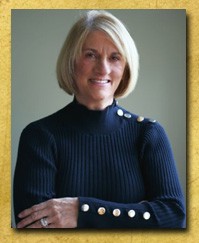 Lilian Roberts' magical paranormal romance novel, ARIELLE:  IMMORTAL AWAKENING, gets a new cover! The first book in the Immortal Rapture series reached the "Top 40" on two Romance Best Seller Lists on Amazon last month, and with a third book in the series on the way, it seemed like a good time to get a timeless cover to match the beautiful novel. And the new cover is... 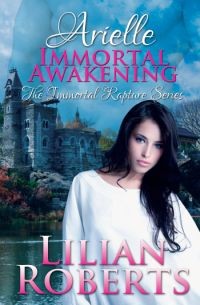 ARIELLE:  IMMORTAL AWAKENING begins the story of college co-ed Arielle Lloyd. Arielle believes that she's a little different than everyone else. She can hear the thoughts of certain people, and sense their emotions. Little does she know that her gifts of telepathy and empathy are not the most unusual things in the world. She soon discovers that her best friend, Eva Winters, is a powerful psychic. She receives visions, sees auras, and communicates with the dead. When tragedy strikes, Eva falls deeper into her magical world, pulling Arielle and their other bestie, Gabrielle, in, too. Arielle's eyes are opened to a whole new world of paranormal activity, and just when she thinks she's seen it all, in walks uber-sexy Frenchman Sebastian Gaulle. The young Arielle is captivated by Sebastian's charms. What she doesn't know is that Sebastian is an immortal, a powerful being that is no longer human and will live forever.
Arielle and Sebastian's story continues in book 2 of the series, ARIELLE: IMMORTAL SEDUCTION.  Arielle's life gets even more complicated as several of Sebastian's ex-lovers return to claim their former prize. Arielle and her friends must find a way to keep her safe.

Get a copy of Lilian's books!  Choose your link below:

Check back tomorrow for news about the upcoming release of book 3 in the Immortal Rapture series, ARIELLE:  IMMORTAL PASSION.