Homepage > The last stop on the I've Lost That Lovin' Feeling blog hop!

The last stop on the I've Lost That Lovin' Feeling blog hop!

There are a lot of famous rivalries between co-stars, even dating back to the days of Bette Davis and Joan Crawford.  But I’m going to focus more on the ones that ruined shows for me (or in rare cases made them better). 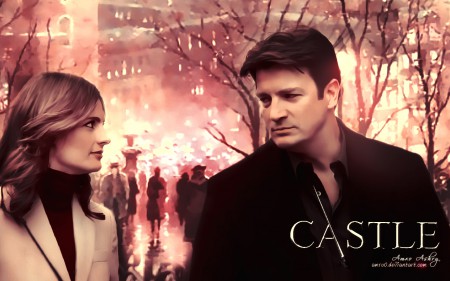 The Winner:  No one, because the show ultimately got cancelled.  (Although Stana got fired before the final axe came down on the show, so technically Nathan won this one.  It is his character’s name in the title, after all.)

Ah, Castle and Beckett.  Caskett.  (Quite a fitting mash-up for a murder mystery show, no?)  Their witty banter and sexual tension in the first three seasons was some of the best on TV.  Then something weird began to happen.  Maybe it was the writing; maybe it was the behind-the-scenes stuff.  I don’t know.  But either way, I would rename nearly every episode in Season 4 “The One Where Castle’s Balls Are in Beckett’s Purse.”  It’s evident that he’s falling for her (onscreen—and maybe off screen?) but she’s not having it (maybe on and off screen).

Anyway, in Season 5, when Beckett reluctantly decides Castle’s not so bad and they get together, it’s way forced.  At least at this point the powers-that-be decided poor Castle could go retrieve his balls, so there’s that.  Generally, the fire between them that was so characteristic at the start is all but extinguished by now.  (Word was, they couldn’t stand each other off screen.)  However, once someone (besides me) figured out it wasn’t working, there were a lot less Castle/Beckett scenes and a lot more Castle/Espo/Ryan scenes, which—let’s face it—were always the best, anyway.

Complaining aside, something absolutely magical happened at the beginning of the the final season.  I don’t know if it was the writing or what, but the episodes were back to Season1-3 awesome.  So awesome, in fact, Castle is going to be included in my post on the next blog hop, “Bring Back That Lovin’ Feeling,” where we’ll discuss how we fell back in love with a show that previously wasn’t getting it done for us.  But you’ll have to wait a couple of months for that one.

The Winner:  Ariana, who got her own spin-off, Sam & Cat.  Oh, and her singing career kind of went nuts, too.

Yes, I watch Nickelodeon’s teen programming.  Sometimes even without my kids.  Don’t judge—you do it, too.

Victorious was one of the best of the best.  They had a super-talented group of leads who were as good (if not better) at singing as acting, and they all had comedic timing in spades.  What went wrong?  Well, if you believe the gossip sites, some people wanted more money/their own tour/etc.

Bottom line, Nick execs and the talent couldn’t come to an agreement, so the children of America (and their parents) suffered as a result.  Then of course, there was the requisite Twitter war between Victoria and Ariana.  Then there was the deleting of posts and denial that the ambiguous passive-aggressive accusations were directed at each other.   Whatever.  Victorious just ended with no wrap-up.

So we had to move on to the Victorious/iCarly spin-off Sam & Cat, which is a good show, but it’s no Victorious (or iCarly).  Oh, and it got cancelled after only 2 seasons because of some dirty pics of “Sam.”  Classy. 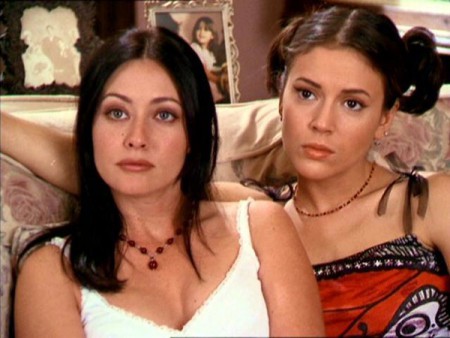 The Contenders:  Shannen Doherty vs. Alyssa Milano (and the show execs)

The Winner:  Alyssa, Rose McGowan, and the rest of us.

After Shannen Doherty couldn’t get along with her female castmates on the set of 90210, what did anyone think would happen when she was cast on a new show full of women?  Well, she exited Charmed also, only making it through three seasons this time.  There are lots of articles out there that state Alyssa gave the execs the old “either she goes or I go,” but there are just as many that say Shannen had always butted heads with the show execs, and that was the reason for her character being killed off.  So, who knows?  Either way, when Rose McGowan came on the show as Shannen’s replacement of sorts, the focus changed up a bit.  The show got more campy and less serious, more about romance and less about kicking demon ass.  Which for me was fine—I thought the first three seasons were sometimes a little dry, anyway.  Some viewers lost that lovin’ feeling, but I wasn’t one of them.